Executive members of the Law Alliance. 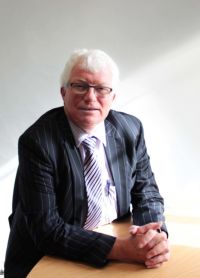 Mark lives in Masterton with his wife Maria. They have three adult children (two of whom live in Australia and one in Wellington.) Mark and Maria also have two grandchildren (regrettably in  Australia) and a further additional grandchild is expected in Australia in the New Year. Mark completed his law degree through Victoria University of Wellington in the 1970s and following a stint for several years in both the Housing Corporation and as District Solicitor of the Department of Lands and Survey in Hamilton, Mark, and another practitioner and set up a firm in Hamilton in 1981.

In 1989 Mark and his family headed south again and joined Keith McClure (many of you will know that Keith's wife Adrienne is Marks's wife Maria's sister) and others at Wollerman Cooke and McClure (now WCM LEGAL) in Carterton, Wairarapa where he is still in practice. WCM LEGAL is one of the founding firms of LANZ. The firm has four offices, Wellington, Greytown, Carterton, and Masterton, and is heavily reliant on technology to link them all together. Mark was privileged to be the inaugural recipient of the Te Toko Koru award which he says was quite a humbling experience given the caliber of LANZ membership and the time that many other members freely spend promoting and supporting LANZ. Joining the board enables Mark to contribute something to LANZ and recognizes the work done by others from which his firm has benefited.

His interests in LANZ are to assist and participate in the further development and utilization of the Practice Managers group. In his view, Practice Managers are a priceless resource to our member firms and we should be doing everything we can to identify and develop initiatives for that group that will give an immediate flow-on effect to our member firm's bottom line.

In addition, as a former member of the IT committee some years ago, (the committee recommended Infinity Law to members) he believes the additional use of technology will assist member firms, one example being LANZ-wide compliance audit of AML requirements. Mark joined the board to contribute more to LANZ and is the current Chairman for LANZ. 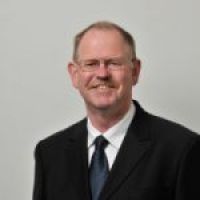 Allan Gallagher's experience with strategic alliances is the foundation of LANZ.

As a Lawyer in private practice for more than thirty years, a past member of the LawLink Group Limited, Co-founder and original Director of NZ Law Limited, the owner / manager of Law Library Consortium Limited, and also the Founder and originating Chairman and Managing Director of Law Alliance NZ Limited, all of the referred groups being significant alliances of Law Firms from throughout New Zealand, Allan Gallagher has significant experience in regards to syndicated procurement of product and services, in addition to the marshalling of common interest by Law Firms who wish to work together to secure increased work-life outcome as a result of their collective association.

Allan maintains a strong role in the marshalling of resources for LANZ, acts as a legal 'think tank' to the alliance, and has the practical expertise to make ongoing advancements for the group. 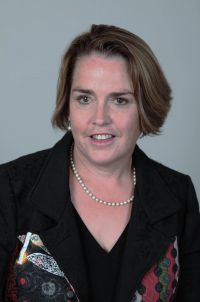 Kristy was a member of the LANZ Executive from October 2014, was elected Chair in 2019, and is now the Immediate Past Chair of LANZ.

Kristy graduated from the University of Canterbury in 1985.

Kristy has practiced as a litigator for many years and has a wide range of experience in all areas of law. Her specialty is in Family Law. She has been appointed by the Court to represent children and young people in the Family Court, the High Court, and Youth Court.

Kristy is married to Nigel and they have three daughters. 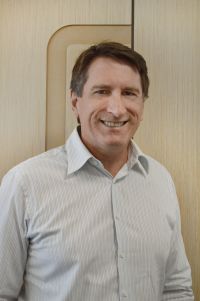 Brent joined the Law Alliance NZ firm, Kannangara Thomson as a partner in 2015, after 26 years with a larger Christchurch firm. He lives in North Canterbury about 40km outside of Christchurch, with his wife, Fleur, also a lawyer in her own practice. They have four children between them, three older boys living in Christchurch, Dublin in Ireland, and Wellington, and together, they have a daughter, Keisha, aged 13.

Brent completed his law degree in two stints at Canterbury University. He completed first and second-year Law in 1983 and 1984 before spending two years living and working in the UK, returning to complete the degree at Canterbury in 1987 and 1988.

He joined Harmans in 1989 and joined the partnership of that firm in 1994 and was a member of that partnership until resigning from the firm in March 2015 to join Kannangara Thomson.

Brent was co-opted onto the board of Law Alliance NZ in 2017 before being elected for an initial three-year term at the AGM in Sydney in 2018. He is the current treasurer of Law Alliance New Zealand.

He has had numerous board positions in the past on three not for profits, several private company directorships, and two school boards, on a number of occasions as chair. In addition to the obvious ‘buying power’ of the Law Alliance NZ group of firms in obtaining favorable deals with suppliers, the point of difference for Law Alliance NZ member firms for Brent is the collegiality and informal support networks that exist within the group. This was never better displayed than during the aftermath of the recent Covid-19 pandemic when some groups of firms in the same general region scheduled regular support group calls and shared ideas and information which would be less likely to occur but for the relationship of trust which exists because of the relationships built at conferences.

His areas of legal practice are varied and include all aspects of residential and commercial property law as well as a significant interest in asset protection, estate planning, and succession law. 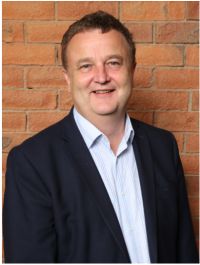 Tony is a director of Steindle Williams Legal, a law firm based in Ponsonby, Auckland.

Tony has expertise in commercial and property law. In recent times Tony has worked in the development of land associated with a golf course, a substantial business sale to a public company, and venture capital and structuring for new technology for recycling plastics.

Tony has also written a book on Property Investment and appeared several times on television and presented a number of seminars on property law. He was also a member of the National Standards Committee of the New Zealand Law Society for 6 years.

Having been a member of LANZ since the Melbourne Cup Conference, Tony joined the Board of LANZ in 2018 at the Sydney Conference. He is involved in all aspects of Board decision-making, and in particular has been involved with the project to reinstate the LANZ website, and ultimately improving its functionality in the future. 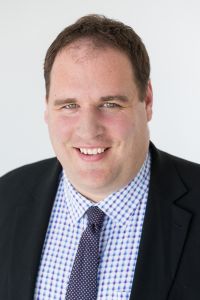 Julius is a commercial partner at Tripe Matthews Feist in Wellington and works full-time in property law.

Julius graduated from Victoria University of Wellington in 2005 with an LLB and BSc majoring in Chemistry. Julius has a strong customer service background and has been in general practice since his admission in 2006. He joined Tripe Matthews Feist in 2011 and became a Partner of the firm in 2015.